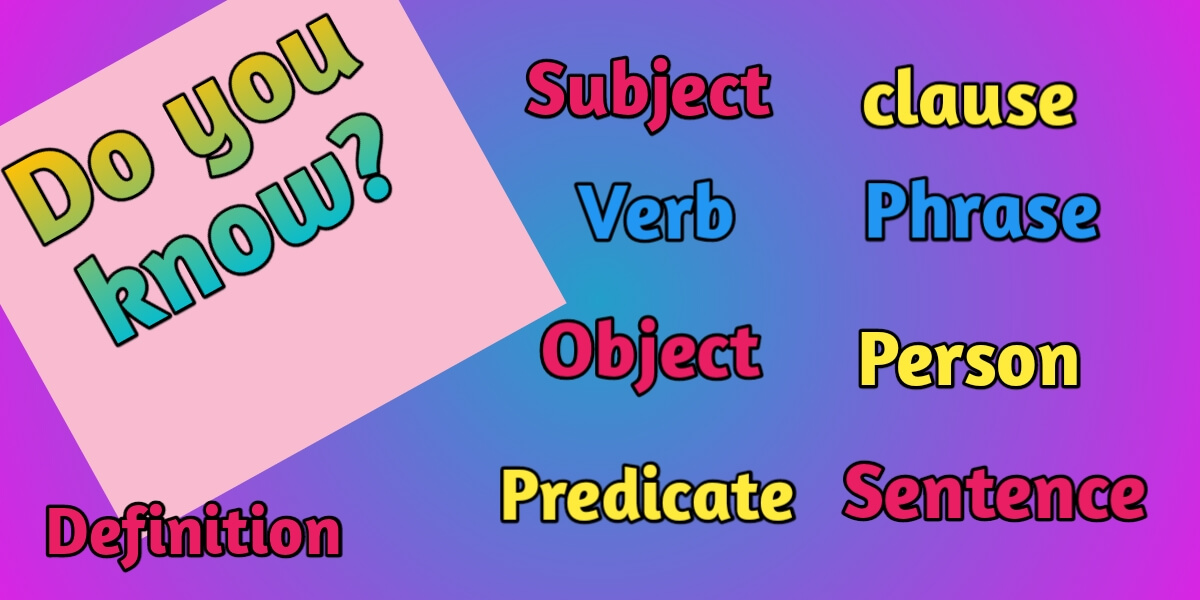 Language is the only source to express ourselves.

English Language:  English is a mixture of all kinds of languages.

English Grammar:  It acts as a science that helps us to write, read and speak English correctly.

Note: Grammar is the soul of any language.

There are two types of letters in the English Alphabet

Word: A group of letters that gives a complete meaning is called a word.

Syllables: A word is broken into many parts for better pronunciation. Each broken part refers to a syllable.

Phrase:  A phrase is a  group of words that develops sense but not complete sense.

Clause: A clause is a group of words that forms part of a sentence and keeps a subject and a predicate.

Sentence: A group of words that makes some sense is called a sentence.

Examples:  The people of my village are hard-working.

I am sitting in the classroom.

There are four kinds of sentences

Alia is going to Patna.

Salman Khan has not acted in this movie.

Do you want to buy a new car?

Why are you roaming here and there?

Shut down the window.

Kindly, come to class on time.

Mohan is Walking in the field.

I am teaching you.

Why did he not come to class today?

She dances on the stage.

You have gone to Patna.

There are two kinds of Verbs.

Note1: If any sentence has two verbs then the first is a helping verb and the second is the main verb.

Note 2: If a sentence has a single verb then it is always the main verb.

Komal is bringing a book.

He is playing football.

Note: The subject and object of a sentence is always a noun or pronoun.

There are three types of Person

1. First Person:  The speaker is called the first person.

2. Second Person: The listener is called the second person.

3. Third Person: The person about whom we talk indirectly is called third-person.

Gender and its Types

Prepositions and Its Types

Case and Its Types