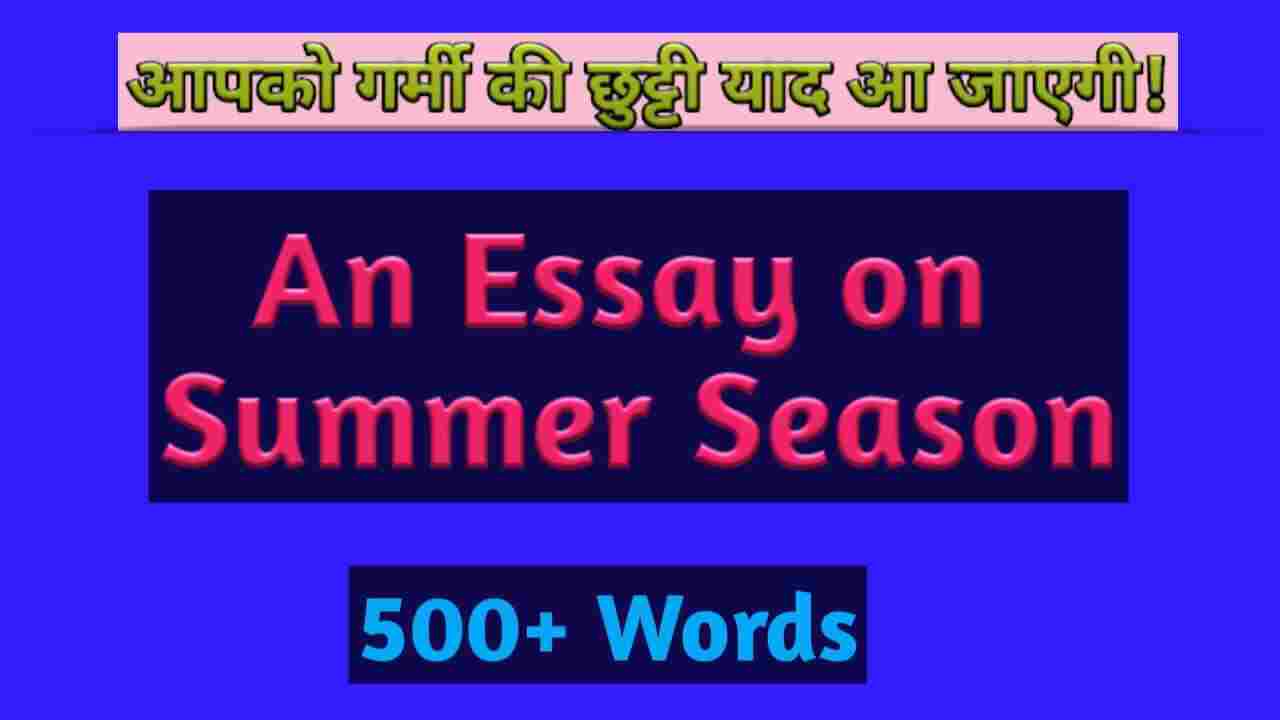 Essay on Summer Season in 500+ Words

The season is the most important factor in our life. According to season, we have to adjust our life. There are mainly 6 seasons in India. They are summer, monsoon, autumn, pre-winter, winter and spring.

The season varies from region to region because of different weather and climate. As per the Hindu calendar, each season is for 2 months. The summer season comes after the winter season.

It is the hottest season of all. It starts in April and ends up in the last week of July. The days are longer and nights are shorter in this season.

The people feel uncomfortable during the whole day because of the extreme temperature. The temperature sometimes crosses 50 degrees Celsius.

Summer Season is considered one of the best seasons for travelling. The schools and colleges are closed for summer vacation. The exams are taken and students feel relaxed. Many parents go to a hill station with their children.

This adds a good memory to their life. The college-going students get the opportunity to explore new places with friends. Many students go out for summer internships.

Many indoor games are played where whole family members sit together and interact with one another. In villages, people enjoy sitting on the coat under a mango tree in the absence of A.Cs or Coolers. The farmers prepare the soil for the next crop. 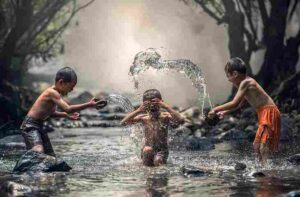 Summer is the season of extreme hotness. It impacts our life badly. Our body becomes sweaty. During the noon, the ‘Loo’ is very dangerous which sometimes attacks for death.

The body becomes dehydrated which is also a grave problem. Due to dehydration, we feel tired and our work efficiency becomes very low. It leads to death too. We do not feel energised. The wells, ponds and rivers are dry which is the major cause of water scarcity in our country.

Due to the unavailability of pure water, the poor are helpless to use polluted water, leading them to the hospital with the deadly disease. The farmers do have not plenty of water to irrigate their crops.

As the result, they have to face famine. Especially, the poor are left with no choice in this season.

We get a chance to eat many fruits like mangoes, jackfruits, litchis, guavas, watermelons, grapes, pineapples and blackberries.

These are the seasonal fruit that supplies a new strength to our body. People enjoy taking cold drinks, ice-creams, kulfis and chilled juices.

Many Zaid vegetables like bitter ground, pumpkin and ladyfinger are special on demand. The cucumbers have a separate fan base in this season.

All seasons are good as per our environmental requirement.  The summer season also plays a vital role in the rain cycle.

Like every season, the summer season has also its advantages and disadvantages both. It depends upon the people how they want to make themselves feel in this season. As per my view, I like this season very much from the bottom of my heart.

Tell me the taste of the article, Essay on Summer Season for Children and Students in the comment box below: