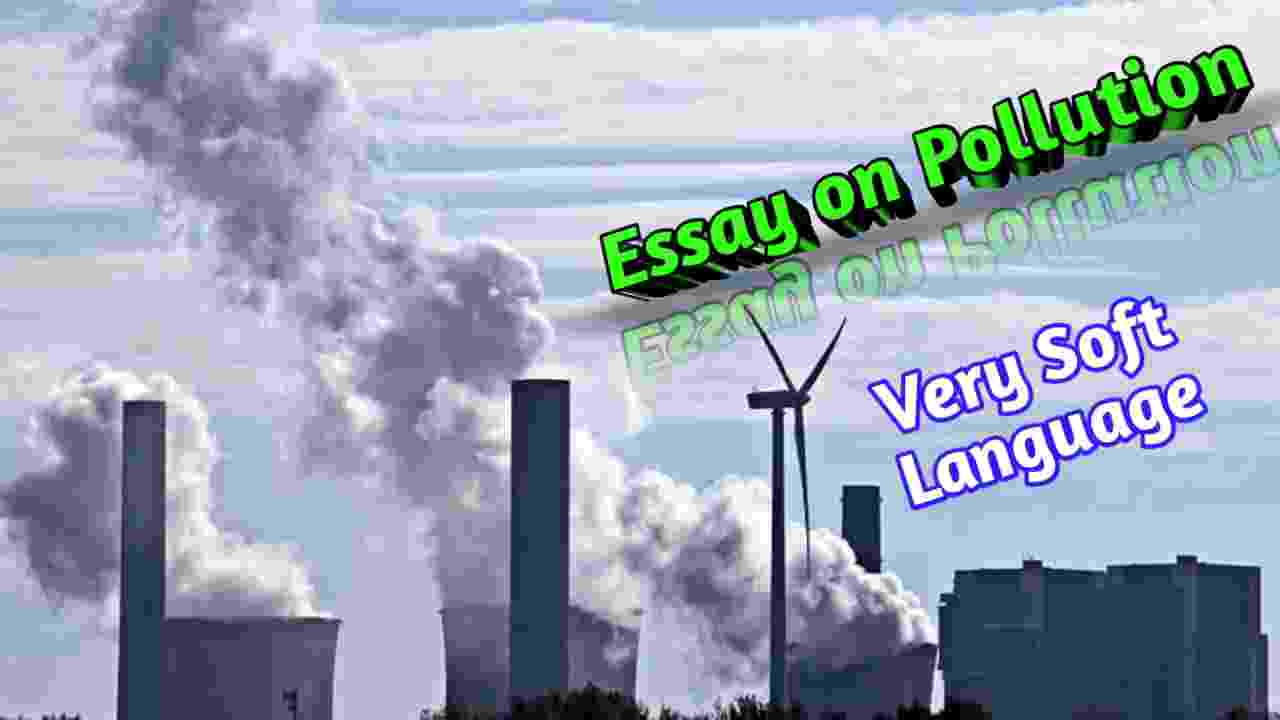 In this Article, a Paragraph on Pollution will highlight the negative influence of pollution which is the root of many untreated diseases that closes the chapter of life.

1.The addition of any impure substance in nature is called pollution.

2.The excessive use of fertilizers makes the soil unfertile known as soil pollution.

3.The wastages of industries that are flown into the river without proper treatment are known as water pollution.

4.Many water animals and their species vanished due to water pollution.

5.The industry’s chimneys and vehicles emit harmful gases that cause air pollution.

6.Several people die every year due to the disease caused by air pollution.

8.Noise pollution creates a disturbance in meditation and peace of mind.

9.Pollution can be controlled through afforestation.

10.Pollution is the gravest problem and should be eradicated soon to conduct a smooth and happy life.

Any impure substance that is unwanted for our environment is called pollution and the impure substance is known as pollutants. Pollution is one of the very serious problems running in India. It generates major lethal diseases that cause death. Pollution is rising up due to our own mistakes. We never try to care about the environment. We throw garbage into the streets, use vehicles without any cause, and cut the forest without any reason. We need a pure environment to live in and that is completely dominated by pollution.

There are mainly 4 types of pollution in our environment.

Air is one of the important resources of human life. In the absence of air, human life will come to an end very soon. The chimneys of Industry emit harmful gases that get the mix into the air and pollute the air completely. Petroleum vehicles also pollute the air on a large basis. The level of oxygen is decreasing day by day which is also a very bad signal for human life.

Water is a crucial part of our life. The wastages of factories are directly flown into the river without proper treatment caused water pollution on large scale. The chemicals dissolved into the water completely pollute the river and the water becomes acidic in nature.

The loudspeaker and horns generate very harsh sounds. It creates a misbalance in the system of Nature.

Soil is also polluted by the farmers. They use more fertilizers and chemicals to get more crops results in soil pollution. Fertilizers kill the earthworm and many other earth-friendly worms. The earth becomes unfertile for a long time and production power is also decreased.

Pollution brings a number of deadly diseases. It also exerts a negative influence on climate and weather. Air pollution causes asthma and cancer. It impacts our lungs too. Diarrhoea, jaundice, typhoid, etc are some of the diseases caused due to the use of polluted water. A large number of people are helpless to use polluted water for their daily activities. Noise pollution harms the peace of nature. Many small birds are vanished due to hard sounds. Many people come under depression and are unable to conduct a normal life. It does not rain on time because of deforestation. The trees are being cut down for plot construction.

We should plant more and more trees to prevent pollution. A rule for minimum tree plantation per person should be passed in the parliament. The industries should be ordered to neutral their garbage and then flow into the river. There should be proper arrangements for smoke releasing in the small factories. The petroleum vehicles should be replaced by C.N.G and electric consumed vehicles. We have to use fewer amounts of fertilizers and chemicals in our fields to avoid soil pollution. The people have to practice the recycling process in the place of manufacturing new things.

Pollution is becoming a major problem day by day. The solution must be found soon otherwise nature will take very strict steps against us. The temperature of the earth is also rising up due to the pollution known as global warming. We should focus to create a green environment around us by planting a number of trees.